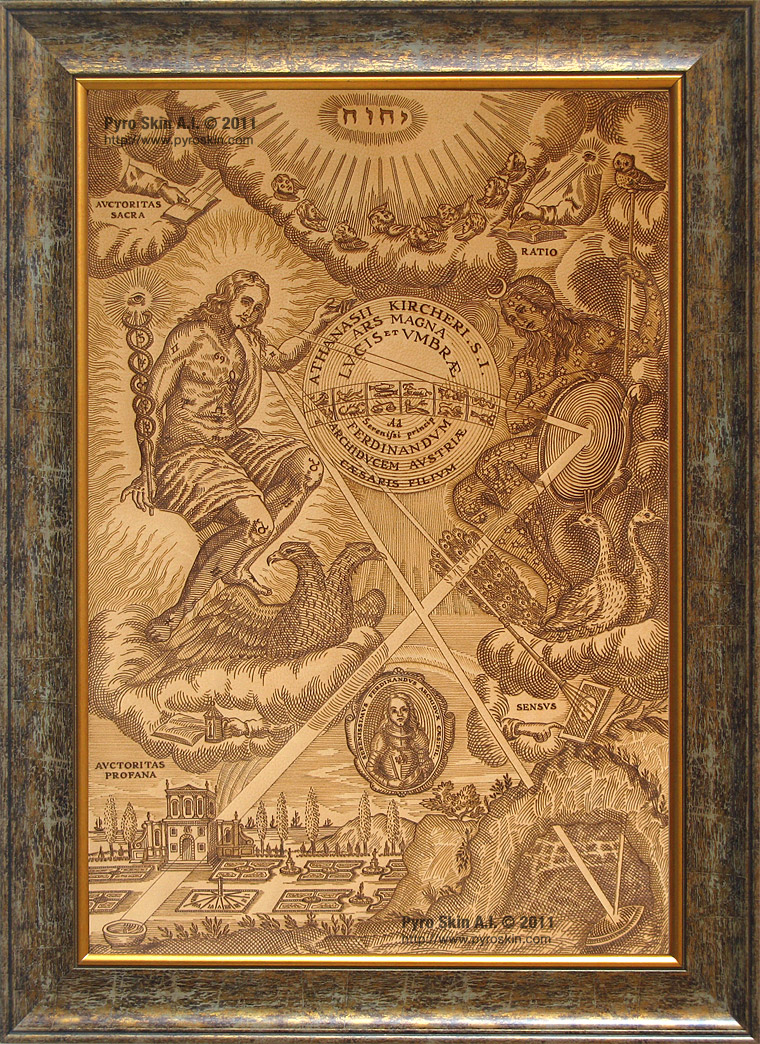 Price:
USD 1500,00
Shipping:  Standard international airmail®
Payments:
Returns:  Free 14 day returns | See details
...Ars magna lucis et umbrae, in X. libros digesta. Quibus admirandae lucis & umbrae in mundo, atque adeo universa natura, vires effectusque uti nova, ita varia novorum reconditiorumque speciminum exhibitione, ad varios mortalium usus, panduntur... A beautiful physics engraving from book "Ars Magna Lucis Et Umbrae, In X. Libros Digesta" published in Rome, 1665. Author - Athanasius Kircher. First edition, an unusually clean and crisp copy of Kircher’s great work on light and shadow, optical phenomena, colour and refraction, projection and distortion, luminescence, and astronomical phenomena. Included are early descriptions of the camera obscura and the magic lantern. ‘In Ars magna lucis et umbrae, Kircher applied “magna” to “magnes” of his first work [Magnes, sive de arte magnetica, 1643]. He argued that light – the “attracting magnes of all things” and connected with the heavens by an unknown chain – behaves exactly like the magnes. He discussed the projecting of sunlight or candlelight on plane mirrors, which were painted with coloured pictures, or through an illustrated glass sphere … In astronomy Kircher made some progress with telescopes. For the first time he depicted Jupiter and Saturn. His chief interest lay in observations of solar and lunar eclipses and comets. He acted as a clearinghouse, particularly for reports on eclipses, and supplied astronomers including G.B. Riccioli, G.D. Cassini, and Hevelius with valuable information. Kircher was aware of the improbability of any advance on or deviation from the theory of Copernicus but was enthusiastic about Tycho’s system, and he believed – his censors notwithstanding – in the existence of similar worlds created by an omnipotent god’ (DSB). ‘Kircher’s theory of colour was at root Aristotelian and Aguilonian in type. His diagram of the colour scale was clearly based upon Aguilonius, with the same principal arcs, suggesting that colour makes musical harmonies in the eye like “the diapason in the ear”. Kircher has amplified the Aguilonian scheme by introducing the mixtures of the “median colours” with black and white, but the basic pattern is identical, relying upon the white and black poles between which come yellow, red and blue together with the three “composites”, orange, green and purple. A more significant extension to Aguilonius’ ideas is provided by a series of analogies which Kircher outlined in the table below the diagram’ (Kemp, The Science of Art p 280). Kircher’s work influenced a number of later writers, in particular the anti-Newtonian Jesuit priest Louis Bertrand Castel, whose L’Optique des couleurs was published in 1740.
Return to main catalog