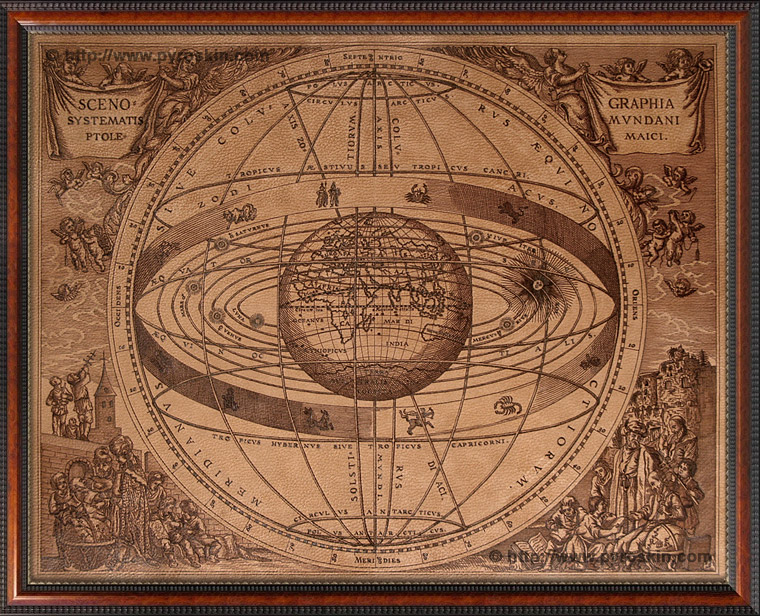 Price:
USD 1000,00
Shipping:  Standard international airmail®
Payments:
Returns:  Free 14 day returns | See details
Cellarius' Scenographia Systematis Mundani Ptolemaici is a perspective rendering of the earth-centric solar system described by Ptolemy and accepted by the civilized world before Copernicus. Earth is rotated to show the entirety of the Old World of Europe, Asia and Africa. The sun and planets are on their earth-centered orbits. The celestial star sphere is a band of constellations surrounding the solar system. At the lower corners, scholars and astronomers - possibly Ptolemy, Galileo and Brahe - confer over celestial globes.
Return to main catalog