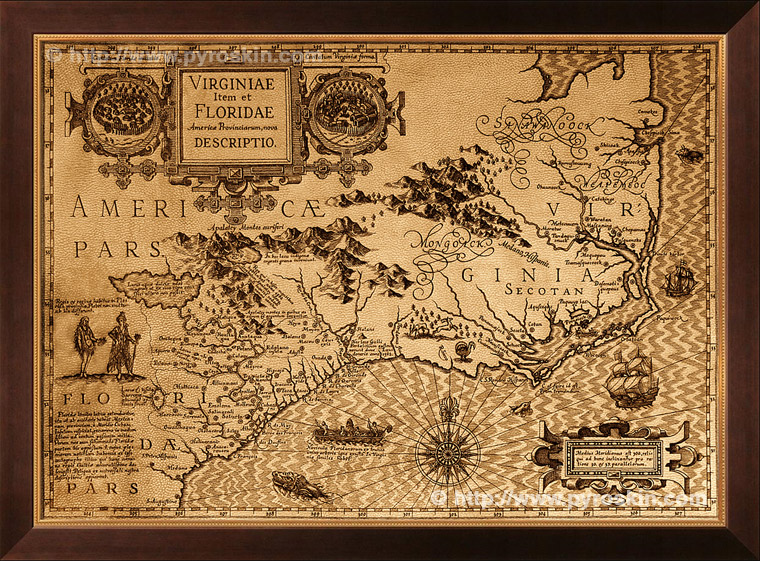 Price:
USD 1250,00
Shipping:  Standard international airmail®
Payments:
Returns:  Free 14 day returns | See details
One of the most beautifully executed maps ever made of the Southeast of United States. In detail and in general conception it surpasses all earlier maps of the region. It was first published in 1606. Hondius drew on various sources for his map: John White's map which was the first to present Virginia on its own: Le Moyne, who drew not only on the information of the French explorers, but also on the Indians which was, at times, notoriously unreliable. He also drew on Ortelius and Wytfliet. This cartographic compromise led to the continuation of some misconceptions: the north westerly flow of the River May and the placing of a great lake at its source was a mistake that was to last for well over one hundred years. Many European cartographers followed this map, sometimes increasing its errors without adding to its good qualities. Very attractive, from the rare English text edition.
Return to main catalog